The Building of Bellevue House

Early in the 1840s, Charles Hales, a prosperous merchant, built Bellevue House on a nine acre lot in the Township of Kingston. The lot was located about one mile to the west of the town of Kingston in an area known as the "Western Liberties". This suburb was a desirable residential area: between 1830 and 1860 more than thirty large houses, or villas as they were called, each on an extensive plot of land, were constructed in the area. A number of them survive, including Barberry Cottage and Otterburn, some still possessed of extensive, well-landscaped grounds. 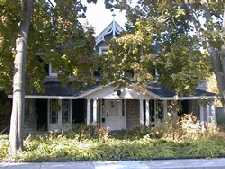 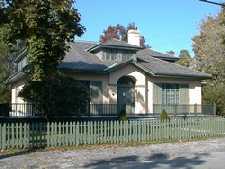 The building of Bellevue House was part of an interesting social phenomenon taking place in many of Canada's towns in this period. Previously it had been normal for a merchant like Hales or a professional man like John A. Macdonald to live close to his place of business. Hales' store, for example, was located in Kingston's downtown, and he and his family lived on the upper floors of the building. Hales' success in business made it possible for him to join the exodus of well-to-do families out of the noise and dirt of the heart of town, to take up residence on suburban properties where large houses surrounded by well-tended gardens made possible a more pleasant life. 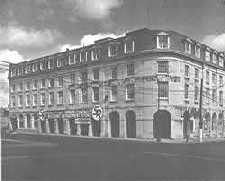 Hales' reason for moving to the suburbs is understandable. What motivated him to have such a strange house built is unknown. Kingston was, architecturally, a conservative community. With some exceptions, houses reflected the Georgian traditions of the eighteenth century, being rather severe, and symmetrical in form, with a centre or side hall plan. The style of Bellevue House is "Italianate", based on the small country houses of Tuscany. The features of the style that Bellevue House displays are: an irregular shape, basically an L-plan; a short square tower topped by a finial; chimneys that are massed for architectural effect; a variety of window shapes and sizes; several small balconies; a roof line that projects some distance beyond the walls; and a combination of roof types; gable, hip and flat.

Thick walls are also a characteristic of the style. In Italy, they would have been brick; Bellevue's walls are of limestone. Invariably, as at Bellevue, the walls were covered by stucco. 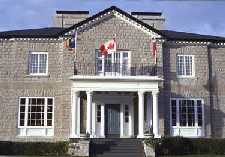 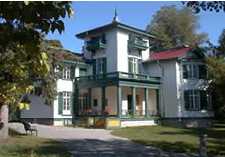 There was nothing in Kingston even remotely similar to Bellevue House. In fact, at the time that Bellevue House was constructed, there was nothing like it in the Province of Canada. Kingstonians appear not to have admired Hales' new house, or perhaps they found him pretentious and somewhat of a show-off for having built it. Whatever the reason, Bellevue gained a series of nicknames that were joking allusions to the grocery trade: Tea Caddy Castle, Muscovado Cottage, Pekoe Pagoda, Molasses Hall. 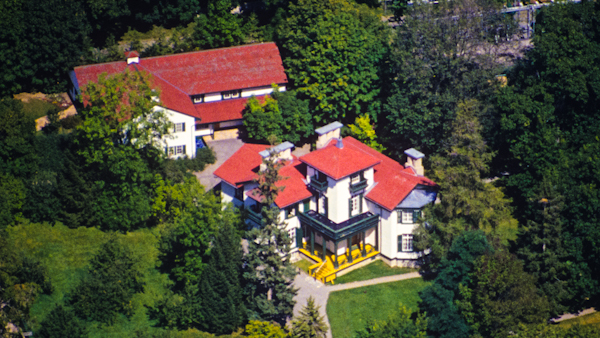 Bellevue House from above
©Parks Canada