As you sit at the edge of Port-Royal National Historic Site overlooking the harbour of the Annapolis River-Basin, it’s easy to imagine why French explorers chose this location for settlement. With no skyscrapers in sight, the view of 400 years ago has changed very little and the spirit of Port-Royal is very much alive; now, more than ever. In 2016, Port-Royal National Historic Site celebrates 75 years since its construction: a milestone anniversary representing the coming together of a community to recreate history for decades to come.

In the early 1600s, Port-Royal Habitation became one of the earliest European settlements on the continent. The settlement, along with those at Saint-Croix and Quebec, marked the beginnings of French settlement on the continent. The colonists formed enduring friendships with Mi’kmaq who had lived along the shores of Acadie for generations: an alliance that guaranteed the survival of the colonists until their departure in 1607. In 1613, an expedition led by Captain Samuel Argall of Virginia attacked and burned Port-Royal, leaving the Habitation in ruins. That is, until Harriette Taber Richardson of Cambridge, Massachusetts rallied a community to rebuild the historic Habitation.

Harriette Taber Richardson visited Port-Royal in 1923 and, like many before her, fell in love with the region and its rich history. Upon learning that the original Habitation had been burnt to the ground, Mrs. Richardson formed a group of American citizens named the “Associates of Port-Royal”. Their mandate was to raise money to help rebuild the Habitation: a dream they pursued even during the lean years of the Great Depression. However, the economic realities of the Depression era made it clear Harriet’s dream would not be realized immediately. She laid the foundation, and the future of the Port-Royal Habitation reconstruction was secured with the contributions of the Historical Association of Annapolis Royal and, finally, the federal government of Canada.

Parks Canada interpreter, Wayne Melanson, shares the stories of Port-Royal with visitors each year, and appreciates first-hand the value of the reconstructed Habitation. “Harriette Taber Richardson’s movement gave us a stage to tell the story of our past. We have an opportunity to show visitors what it would have been like to live in the early 17th century.”

He also highlights the significance of the Port-Royal Habitation as the first major reconstruction undertaken by the federal government of Canada. “Until that point, no one had rebuilt our heritage. In reality, the movement to reconstruct and rebuild the heritage of our country began here in Port-Royal,” he says with pride. “When Samuel de Champlain drew a plan of the Habitation in the early 1600s, he likely didn’t envision his drawings would serve as inspiration for its reconstruction hundreds of years later.”

After years of tireless fundraising and the work of local craftsmen, the official grand opening of Port-Royal National Historic Site was held on July 4, 1941. This summer, Parks Canada invites you to join us as we recognize the contributions of individuals of the past. This year’s celebration marks 75 years of shared history with visitors from around the world. 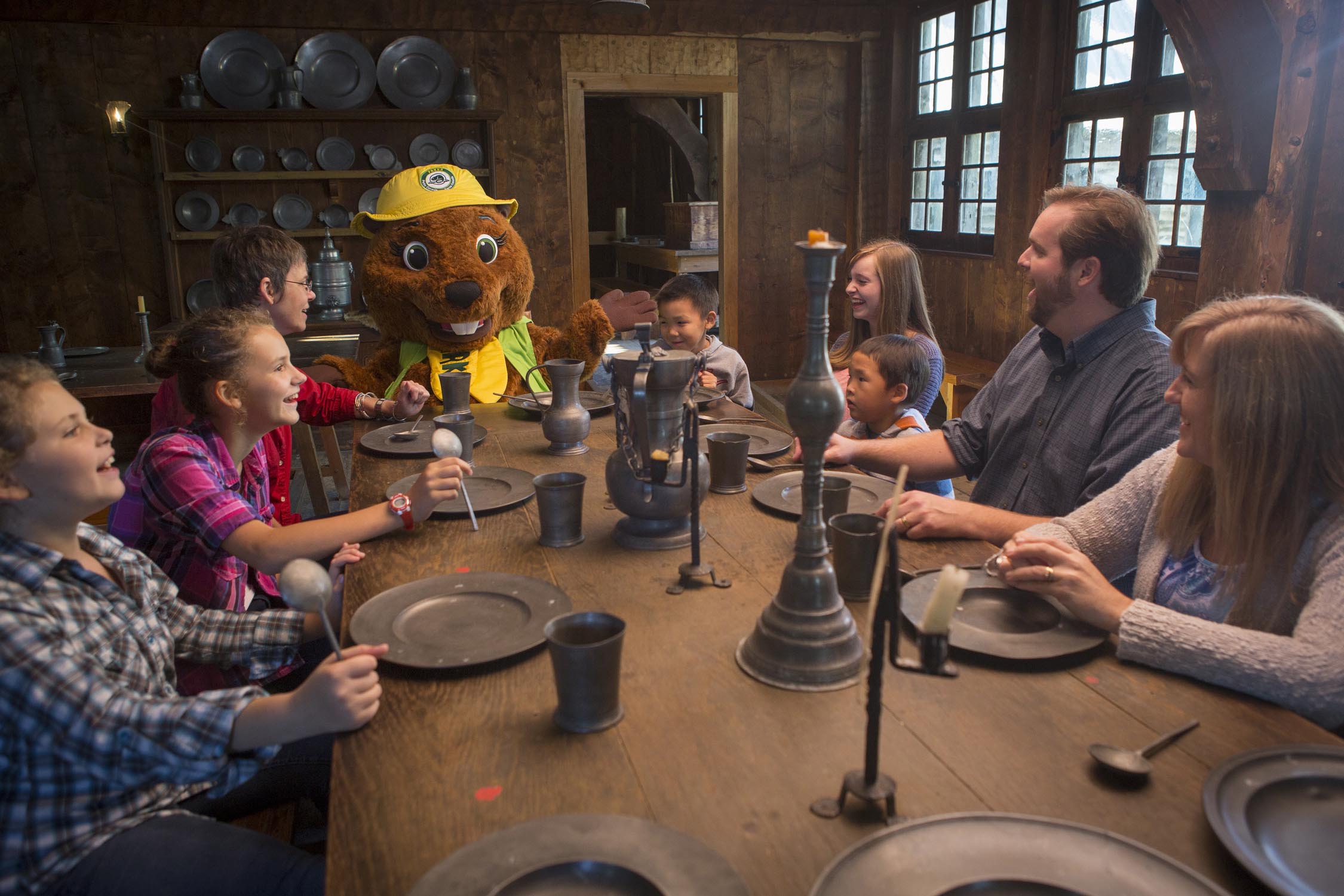