The restoration of the Halifax Citadel

The Halifax Citadel was declared a National Historic Site in 1952. Today its restored walls welcome all who wish to learn about defining moments in Canadian history. This video highlights the painstaking restoration work behind this seemingly ageless fort.

In order to maximize the functionality of this page, please enable JavaScript and download the latest version of the Adobe Flash Player. 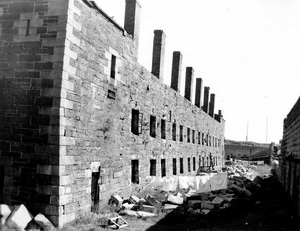 Transferred from British to Canadian authorities in 1906, the strategic importance of the Halifax Citadel waned over the succeeding decades due to the continued evolution of military technology and tactics. Built to halt a land-based attack on the harbour, the advent of airborne weaponry had rendered the fort obsolete. In 1931, the last troops to be stationed at the Halifax Citadel marched out of the fort and the Canadian military began exploring options for its disposal. Despite serving as a garrison, recruitment and communications centre and the site of anti-aircraft operations during the Second World War, the condition of the fort continued to deteriorate. By the 1940s, less than 100 years after its completion, the walls and buildings of the Halifax Citadel were in a sad state of disrepair from years of neglect.

That is until 1951, when the Royal Commission on National Development in the Arts, Letters and Sciences released its report on the state of culture in Canada. Describing the Halifax Citadel as “...one of the great military monuments of Canada,” the report called the fort’s “semi-ruined state” a “discredit to the nation” which invited “the derision of visitors from countries where national memorials are cherished.” 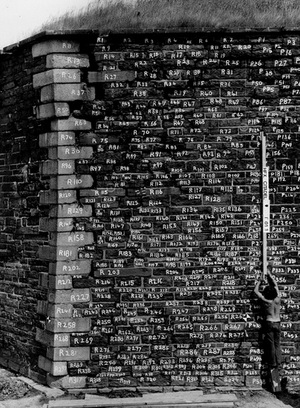 Each stone was numbered, recorded, removed and returned to the same place
© Parks Canada

At the Commission’s recommendation, the Citadel was transferred to Parks Canada for restoration. Over the following decades, teams of dedicated historians, archaeologists, engineers, architects, masons and carpenters worked to return the Citadel to its original mid-nineteenth century appearance. Researchers combed through archives in Canada and Britain in search of historic plans and skilled tradesmen employed age-old techniques to faithfully reconstruct the fort...with a few minor adjustments to ensure its long-term preservation.

Today, thanks to their efforts and to the on-going work of Parks Canada, it is difficult to recall a time, not so long ago, when the Halifax Citadel’s walls were crumbling and its future survival lay in doubt. To learn more about this project and the people involved, watch “The Restoration of the Citadel: An Armed Camp.” 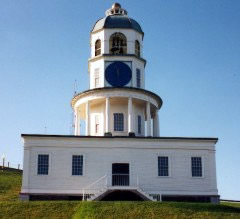 The year was 1800, and Prince Edward, Duke of Kent, was preparing to return to England. Obsessed with punctuality, the Commander-in-Chief of the British military made a parting gift to Halifax: a town clock on the hill overlooking Brunswick Street. This way, he could ensure the city's forces were always on time.

The Old Town Clock, as it is now known, was installed in October 1803. It has since become one of the city’s most beloved and familiar landmarks. Nestled in the protective shadow of the Halifax Citadel, it has seen some alterations over the years and was largely reconstructed by Parks Canada in the early 1960s. Yet the original clockworks are still intact and in use.

A timepiece for all time

Designed by Prince Edward’s engineer in 1801, the Old Town Clock is a three-tier octagon tower set atop a Palladian-style building. Its signature timepiece bears the craftsmanship of the House of Vulliamy, a famous family of royal clockmakers based in London.

Operated and maintained by Parks Canada, the clock is powered by three weights on drums, each suspended on a long cable. As the clock is wound, the cables pull the weights up. Gradually, these weights drop, causing the drums to rotate and setting the clock in motion. To minimize stress on the mechanism, the Old Town Clock is wound twice weekly. And it continues to keep all who live in Halifax on time, just as it has for generations.

Town Clock mechanism and the weights and cables that power the clock
© Parks Canada/G. Hill