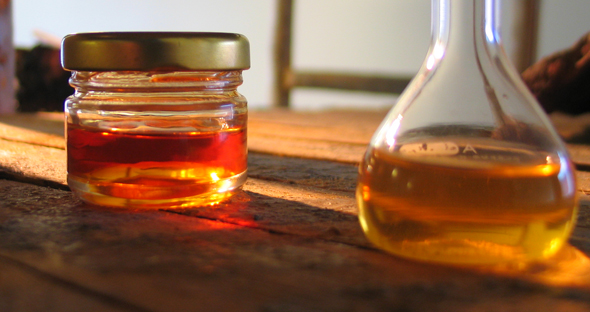 Located in the Labrador Straits region is a little village with a history that has become the focus of the world. Red Bay, so known for the view of the reddish bluffs as boats enter the harbour through the western tickle, or strait, was a seasonal home to Basque whalers in the 16th century.

Through years of archival and archaeological research—that took place both on land and under the waters of Red Bay Harbour—it was discovered that men and boys from the Basque region of Spain and France were making annual voyages to the Strait of Belle Isle (known to them as the “Grand Bay”) from the 1540s to the early 1600s. In wooden ships built with large cargo holds to accommodate sometimes up to 2000 barrels of whale oil, the whalers came in search of North Atlantic and Greenland Right whales. During the peak whaling periods of the 1580s there were upwards of a thousand men whaling out of Red Bay alone. A barrel of oil could fetch high prices on the market during peak periods and ship owners and outfitters could pay their expenses, pay the crew and make a good profit in the meantime. Whale oil was a valuable commodity in Europe during that time because it was a brighter burning lamp oil and was a serviceable lubricant for leather products and an additive for paints, varnishes, and soap.

By the mid-1500s, the Basques had established whaling stations in several ports along the Labrador South coast and along the Québec North Shore. Excavations revealed that Red Bay was one of the most extensively used stations with at least a dozen whale oil rendering sites identified along the shores of Saddle Island as well as on the main land. These sites revealed the remains of ovens where whale fat was rendered into oil in copper cauldrons over fire pits. Also discovered adjacent to those sites, in the harbour itself, were the remains of four galleons and several small whaling boats.

After several decades of prosperity, Basque whaling in Canada began to decline in the final years of the 16th century. Many factors led to this decline, among them, overhunting, discovery of new whaling grounds at Spitsbergen, climatic change, and changing political circumstances.

Red Bay was designated a national historic site in Canada because it commemorates the significance of 16th century Basque whaling in our nation’s history. The well-preserved cultural resources discovered on land as well as underwater, along with documented evidence found through archival records, have helped to piece together an amazing chapter of Canada’s history that before the 1970s had not been told. Artefacts from the land based operations, along with the remains of 16th century vessels that represent major developments in the evolution of ship design and construction during that period, make Red Bay a place of international significance too. At its annual meeting that took place this year in Cambodia, UNESCO’s World Heritage Committee inscribed the Red Bay Basque Whaling Station as a World Heritage site on 22 June 2013.

Visitors to Parks Canada’s Visitor Orientation Centre in Red Bay will have the opportunity to see an exhibit of a reconstructed whaling boat. This small vessel that is considered the Volkswagen of 16th century boats was discovered underneath the remains of a much larger galleon that had sunk in the harbour. The sunken remains put into perspective the realities of the struggle between the whalers, and the prize which they sought, the whale. Artefacts and displays at the site’s Visitor Interpretation Centre tell a story of life and activity on land and sea.

Red Bay has an incredible story to tell: a story of hardship, exploitation and profit. It reminds us that many Basque men and boys made the ultimate sacrifice in the pursuit of the wealth and adventure that Red Bay offered. Visitors to Red Bay National Historic Site receive an incredible visitor experience as they are transported through stories, interpretation and displays back to a time of danger on the seas, to the conflict between man and beast and to the realities of life and death. Visitors leave with a memorable experience and an attachment to Red Bay through real life stories about wills, stolen whales, devastating losses and profitable gains and a struggle for survival that many can still relate to today.