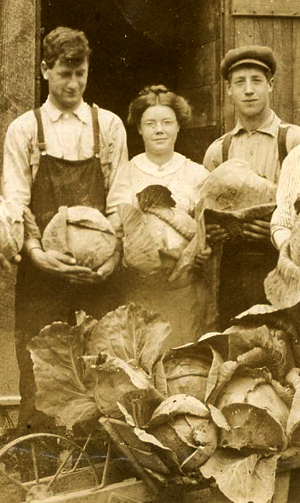 Grant family at their farm in Bella Coola in 1912.

What was it like during wartime to anxiously wait for news of a loved one? Back then, they didn’t have e-mail or instant messaging! Letters took months to travel back and forth from Europe to Canada.

Experience the nail-biting suspense of waiting for war letters. For 49 days, we will be posting daily excerpts of one-hundred year-old letters here, on Facebook and Twitter.

Follow the lives of Fred, Ed and Belle and learn how their story comes to a close when the final letter is posted on December 15, 2015. 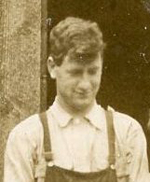 Meet the Grant children. Charles was born in Victoria in 1891. When this photo was taken at the family farm in Bella Coola, Charles was twenty-one years old.

Charles had brown hair, blue eyes and stood five foot nine inches tall. And he didn’t like to be called Charles. Instead, he wanted everyone to use his middle name, Fred. 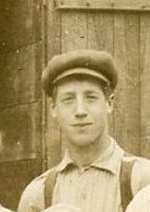 The younger brother Edward liked to be called Ed. It’s easy to imagine their mother standing at the back door, calling the two boys in from the fields, “Ed and Fred! Dinner’s ready!”

Ed was born in 1894 in Rivers Inlet, a small community on the BC central coast, about twenty miles away from Port Hardy.

Ed was 18 years-old when this photo was taken. He had the same brown hair and blue eyes as his brother, but he never grew as tall as Fred. 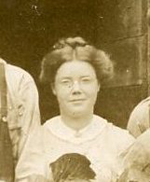 We don`t know when or where Belle Grant was born. The farm photo shows her as a short, smart-looking girl. Maybe it`s the glasses! There was another sister, Evelyn, but we know even less about her than Belle.

Belle sent care packages to her brothers overseas. She stuffed them with socks, chocolates and mint cakes. The letters her brothers wrote to her in Victoria began with “My Dearest Belle” and ended with “love and kisses.”

Swept up into World Events

These young people might have gone on to lead quiet lives as farmers, but instead they were swept up into global struggles.

When Fred was 23, he joined the 2nd Canadian Mounted Rifles in Victoria.

At 21 years-old, the younger brother Ed spent a month in the 5th Regiment, Canadian Garrison Artillery (the unit that manned Fort Rodd Hill and other forts around Victoria) before joining the Canadian Expeditionary Force.

Belle stayed in Canada, sending letters and care packages to her brothers in Europe. She must have been a fairly modern, intelligent girl, because she landed a job as a telephone operator in Victoria around 1914.