The State of Canada's Natural and Historic Places 2011 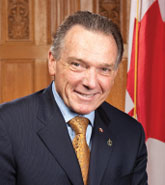 This year, Parks Canada celebrates 100 years since its creation as the world's first national parks service. Year by year, generation by generation, Canadians have added to that legacy so that, today, Parks Canada is the steward of a network of national parks, national marine conservation areas, and national historic sites that, taken together, equal the size of Germany.

It is not just the vastness, the unsurpassed beauty or the cultural significance of these heritage places that make Parks Canada notable. The Agency has remained a pioneer in finding new ways to protect these special places, and heritage organizations around the world have turned to Canada for guidance on a number of issues such as cooperation with local communities and Aboriginal peoples.

Since 1990, Parks Canada's remarkable legacy has been traced through the series of reports made to Canadians on the status of Canada's heritage places. I'm pleased to present the State of Canada's Natural and Historic Places 2011, which provides both an analysis of their current condition as well as an update on advances made since the last report was tabled in 2010.

Two achievements in particular stand out. One is the six-fold increase in the size of Nahanni National Park Reserve in the Northwest Territories. Some have described this as the most significant conservation measure in a generation, but I believe the second achievement is equally remarkable: the addition ofa national marine conservation area to an existing national park to create the Gwaii Haanas National Marine Conservation Area Reserve and Haida Heritage Site. For the first time, an area has been protected from the alpine meadows to the depth of the ocean beyond the continental shelf. Neither of these achievements could have been accomplished without both partnership and leadership from Aboriginal communities.

The 2011 Report outlines the steps Parks Canada is taking to care for and expand existing heritage places, and to increase the number of national parks, national marine conservation areas, and national historic sites. But it also outlines the challenges we face.

As an institution that has existed for 100 years, Parks Canada oversees an infrastructure that is in constant need of refurbishment, repair and upgrading. Over recent years, some $374 million of funding under Canada's Economic Action Plan was committed to improve cultural resources and assets and to enrich the visitor experience in Canada's heritage places. The funding is helping to create jobs and stimulating the tourism economy in all regions of Canada - often in remote areas that need it the most.

One of Parks Canada's greatest challenges is to make more Canadians aware of the marvellous and fascinating sites offering them opportunities for exploration and adventure, and of the importance of protecting these heritage places. A generation of young, urban, and newly-arrived Canadians is growing up without the connection to the wilderness and to our history that previous generations had taken for granted. Parks Canada is uniquely positioned to help Canadians of all ages and backgrounds to connect or reconnect with the geographic, cultural and historical forces that have made us who we are.

The Honourable Peter Kent, PC, MP
Minister of the Environment and
Minister responsible for Parks Canada