The fresh crackers are easily broken but as they dry, they harden and assume the consistency of fired brick. 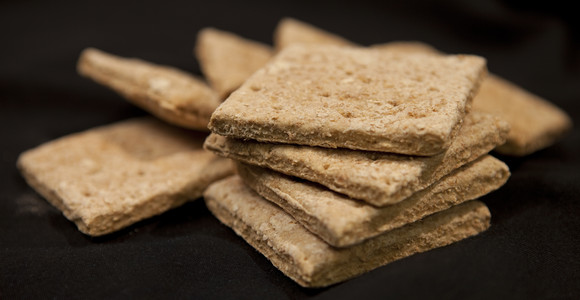 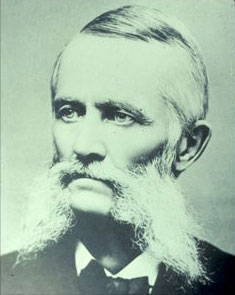 A colourful character with a surly disposition, American surveyor Major AB Rogers was hired in 1881 by the Canadian Pacific Railway to find a route through the Selkirk and Rocky Mountains. Rogers was a tough task master who was disliked by many of those working under him, and he was notorious for bringing only basic and meagre food supplies on his expeditions. On May 28, his birthday, Rogers found a pass through the mountains, which Canadian Pacific named after him.

Rogers – pictured above – was said to have carried a piece of hardtack in one back pocket and a tin of chewing tobacco in the other. His peculiar beard was groomed specifically so that it would not be soiled by his chewing tobacco.