Originally a method of storing lobster, this recipe has been updated by our chefs to be served as a tasty appetizer. 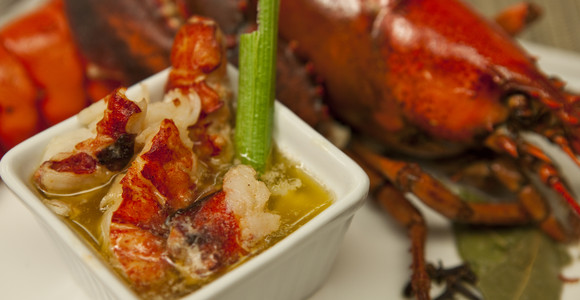 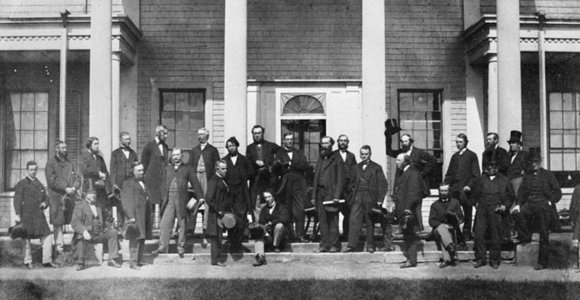 The Charlottetown Conference of 1864, which brought together the “Fathers of Confederation,” pictured above, has been described as “the most brilliant fête that has ever occurred in Charlottetown.” While the purpose of the meeting was to discuss the idea of Confederation, lavish banquets and receptions offered the visitors to Prince Edward Island a taste of the local maritime diet. Here is what was served one afternoon: “Champagne cooled in tubs of ice... and fragile meringues quivered on the long damask draped serving tables. Lobster boiled and chilled and piled on great platters, the gleam of freshly polished glasses, flowers and fruit, welcomed thirty-three hungry men at three in the afternoon.”

This recipe is adapted from the book Ardgowan: A Journal of House and Garden in Victorian Prince Edward Island written by Julie V. Watson. Julie, author of numerous cookbooks and other works, lives in Charlottetown. For more information about Julie go to www.seacroftpei.com