This bread is a favourite with visitors to the Fortress of Louisbourg National Historic Site. Visitors can purchase this bread from the baker or enjoy it with their 18th-century meal in the historic restaurant. 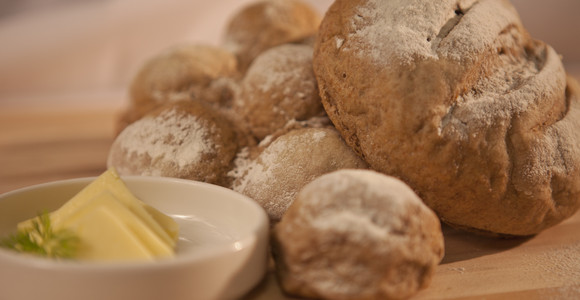 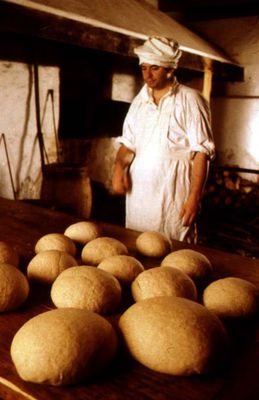 In the 18th century, bread was the basis of the French diet, and the largest part of a soldier’s rations. Each soldier received one 6-lb loaf every 4 days, along with salt meat and dried vegetables. No one wanted to eat four-day old bread, so one day one soldier would claim his ration to share with his friends, the next day another would do the same.

Staff at the Fortress of Louisbourg prepare and bake Soldier’s Bread in the reproduction brick ovens in the bakery at the site, shown in the photo above. Visitors can meet the bakers and learn about the ovens and the baker’s tools, how bread was baked, and how the community used the bakery in the 18th century. Warm fresh bread can be purchased from the baker and is also served with meals in the restaurants at the fortress.

This traditional recipe was submitted by Parks Canada staff.