These old-fashioned tea biscuits are simple to make and delicious! 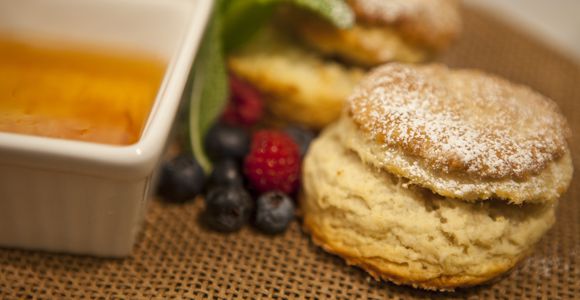 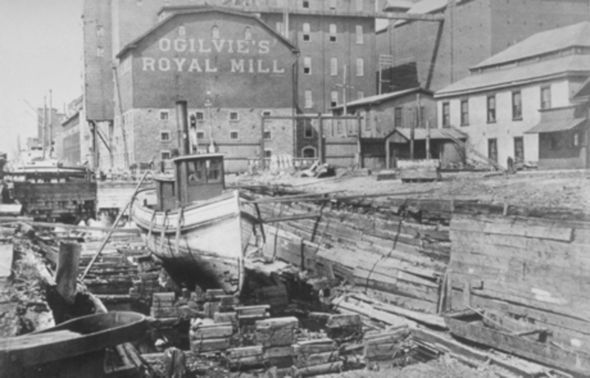 Ogilvie Flour Mills has operated two flour mills along the Lachine Canal in Montreal since the beginning of the 19th century. For a time, Ogilvie’s was the biggest flour mill in the world, processing 300,000 bushels of grain into 6000 100-lb bags of flour per hour. The factory stacks of the mill joined many others along the Lachine Canal, which was once a hub of industrial food production in Montreal. Neighbours of the mill included Redpath Sugar, Canada Malting, and Loney’s Chocolate Factory.

The flashing “Farine Five Roses” factory sign that sits atop Ogilvie’s headquarters has long been a landmark for Montrealers, securing its place in the industrial history of the city.

The original Five Roses Baking Powder Biscuit recipe comes from the Ogilvie Flour Mill’s publication, Ogilvie’s Book for a Cook: Old Recipes from Canada, which was compiled in 1885 but enjoyed such popularity that it was reissued several times. The first editions are attributed to Kate Aitken