This hearty recipe is part of the traditional Acadian cuisine. It was – and still is – one of the favorite meals of Acadians, at least in the region of southeast New Brunswick. 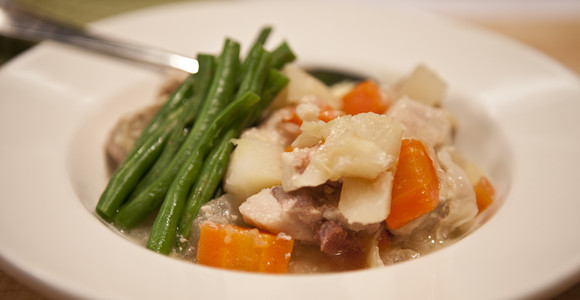 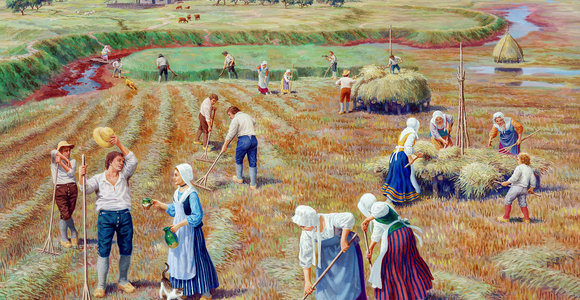 Painting of The Harvest by artist Claude Picard
© Parks Canada

Bouilli (boiled dinner) is a traditional Acadian meal. All of the ingredients would have been found in the bountiful gardens and farms of the Acadians in the area of Grand Pré. It was no doubt among the meals that the Acadian women prepared during the voyage from Grand-Pré to the Anglo-American colonies in the fall of 1755. In fact, the provision lists of the deportation boats included most of the ingredients – cabbage, turnips, potatoes and salt beef instead of salt pork.