A traditional hearty soup that hails from Scotland. 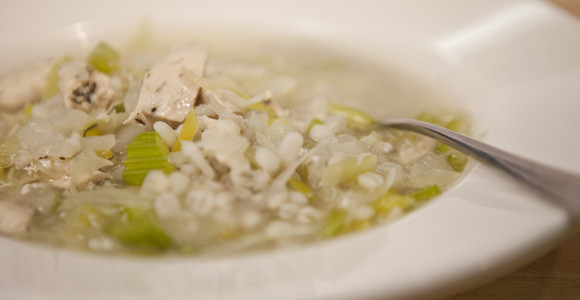 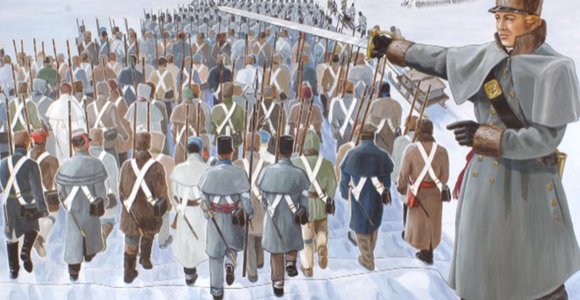 Lt. Col “Red” George Macdonell is sometimes called the “hero” of Fort Wellington. In February 1813, he led a successful attack from Prescott on Ogdensburg USA, pictured above, which helped to secure Britain’s interests along the upper St. Lawrence River for the duration of the War of 1812. The raid was unexpected, and today it is one of the most frequently recounted stories at Fort Wellington National Historic Site in Prescott, Ontario.

Macdonell’s family was originally from Leek, Scotland, where Cock-a-Leekie soup originated, so we can assume that “Red” may have enjoyed a bowl of it from time to time. Visitors to Fort Wellington can enjoy Cock-A-Leekie Soup prepared over an open fire every year on “Red George Birthday,” August 15th.

This traditional recipe has been adapted from the book The Scot’s Kitchen by F. Marian McNeill (1929) available at http://www.birlinn.co.uk/book/details/Scots-Kitchen--The-9781841589008