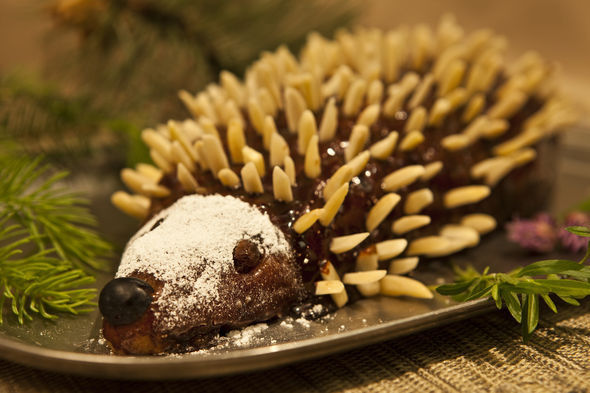 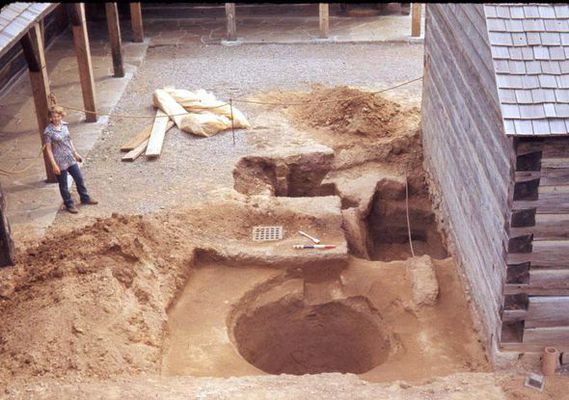 We know that the officers at Fort George ate well. An archeological excavation conducted at the site in 1974 (shown above) revealed the remains of a multi-course dinner party that included several chickens, a domestic goose, a duck, a passenger pigeon and quail, as well as a variety of fish including drumfish, perch and walleye. There is no doubt that such a feast would have consisted of several courses and many dishes including at least two or three elaborate desserts. The hedgehog recipe has been adapted from The Art of Cookery Made Easy (Hannah Glasse, 1796), and is the type of showy dessert that could have appeared at this Fort George officers’ dinner party.

Take two pounds of sweet almonds blanched, beat them well in a mortar, with a little canary [wine] and orange-flower water, to keep them from oiling; make them into a stiff paste, then beat in the yolks of twelve eggs, leave out five of the whites, put to it a pint of cream, sweeten it with sugar, put in half a pound of sweet butter melted, set it on a furnace or slow fire, and keep continually stirring till it is stiff enough to be made into the form of a hedge-hog, then stick it full of blanched almonds slit, and stuck up like the bristles of a hedge-hog, then put into a dish. Take a pint of cream and the yolks of four eggs beat up, and mix with the cream; sweeten to your palate, and keep them stirring over a slow fire all the time till it is hot, then pour it into your dish round the hedge hog; let it stand till it is cold, and serve it up.

Or cold cream sweetened with a glass of white wine in it, and the juice of a Seville orange, and pour into the dish. It will be pretty for a change.

This is a pretty side-dish at a second course or in the middle for supper, or in a grand dessert; plump two currants for the eyes. [Glasse, The Art of Cookery, 1796]

This recipe gave us a hard time, and we found that we could not get it to work so pastry chef Tony Bond developed this one, much easier and more cost effective.

The recipe has been adapted from The Art of Cookery Made Easy (Hannah Glasse, 1796).