This recipe is a modern adaptation of a traditional way to preserve meat. Bison would have been the preferred meat of First Nation's people on the Prairies but it works well with beef too. 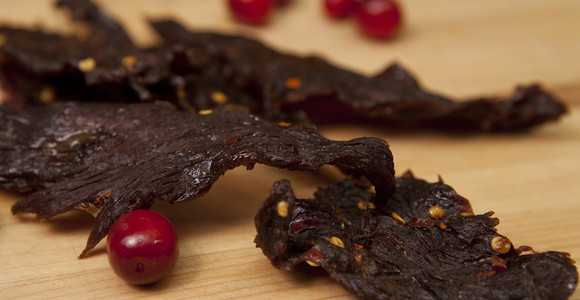 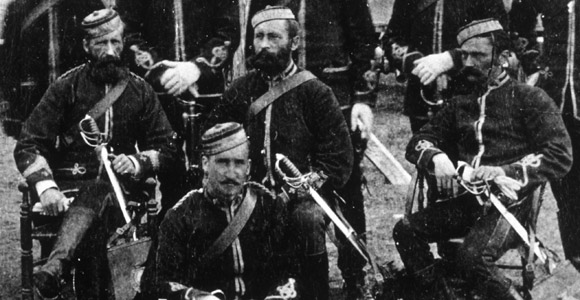 Established in 1876, Fort Battleford played a key role in the history of western Canada. The North West Mounted Police who were stationed at Fort Battleford (some members pictured above) assisted during the negotiations between First Nations and the Canadian government at the time of the signing of Treaty Six. They established the rule of Canadian law and order while the community of Battleford, the first seat of government for the NorthWest Territories, grew into a thriving community. They supervised the early settlement of the area, and even provided settlers from among their own retired members. All of this hard work required long treks across the land on horseback, and it is likely that the men carried bison or beef jerky in their trail packs. Light to carry and packed with protein, it would have been a perfect snack!