This bannock is delicious cooked over hot coals on a camping trip. 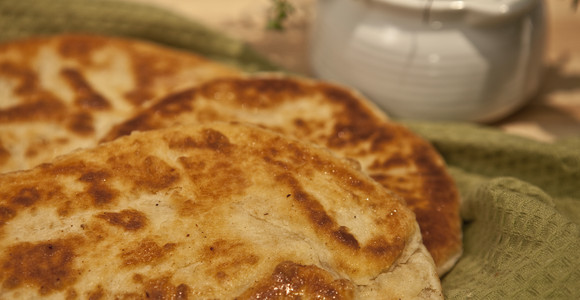 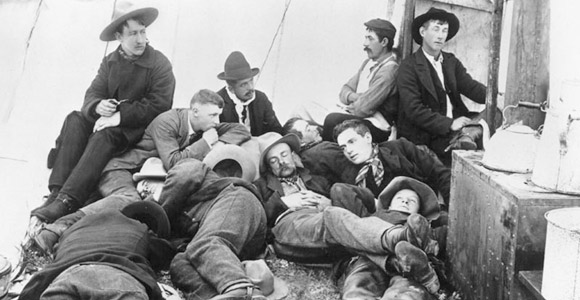 Cowboy work was tiring and hard, and round up camp cooks were responsible for feeding a number of hungry men far from the comforts of home.

The cooks would make up a large batch of campfire bannock and provide it as a quick snack for the riders when time and circumstance did not allow for a hot meal. On the range, bannock was usually served with ‘Charlie Taylor’, a mixture of bacon grease and molasses.

Bannock came to Canada with the fur traders and has been in continual use since then. It was a staple in pioneering culture, and is prominent in the western Canadian Prairie diet.

From the cookbook Come’n Get It by Beulah Barss who found it in Charlie Lehr’s notebook at the High River Museum, High River, Alberta. Published by Western Producer Prairie Books, Saskatoon, Saskatchewan. ISBN # 0-88833-102-9