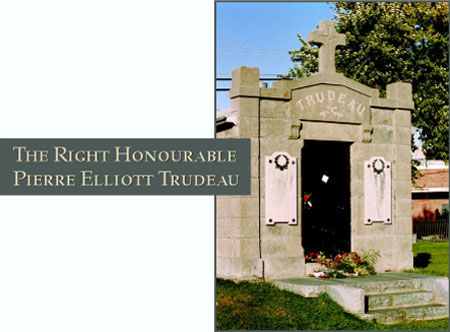 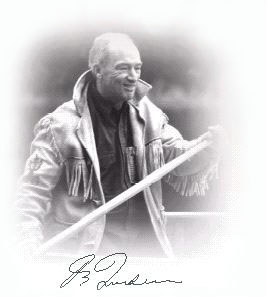 For more than three decades, Pierre Trudeau fascinated and challenged Canadians with his vigorous intellect and passion for public debate. His desire to paddle against the current made him no stranger to controversy, stimulating friend and foe alike and leaving few indifferent to his presence.

Trudeau was a widely-travelled intellectual when he entered politics in 1963. Five years later, public enthusiasm for his bilingual charm and unconventional style generated "Trudeaumania," which carried him to the leadership of the Liberal Party and the Prime Minister's Office. Never wavering from his vision of Canada as a strong united federation with equality among provinces and guaranteed rights for individuals, Trudeau was determined to secure a full and equal place for all Canadians in a bilingual, multicultural Canada. He fought a long contest against the ideas of the Parti Québécois, which formed Quebec's provincial government in 1976, and he won a decisive victory in the 1980 referendum in Quebec.

Reduced to a minority in Parliament in 1972, the Liberals regained a majority in 1974. In 1979, battered by inflation and other economic troubles, they narrowly lost to Joe Clark's Conservatives. Trudeau briefly retired, but he returned to power in the 1980 election. He then attained a previously elusive goal, the repatriation of Canada's constitution and the entrenchment of the Canadian Charter of Rights and Freedoms, before retiring in 1984.

Pierre Elliott Trudeau's declaration that "Canada must be a just society" influenced a generation, and his death inspired a huge outpouring of grief and tribute. He was interred at Saint-Remi, Quebec.