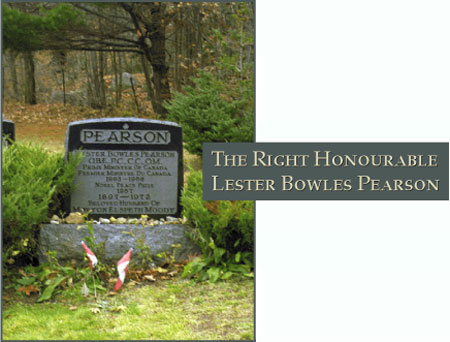 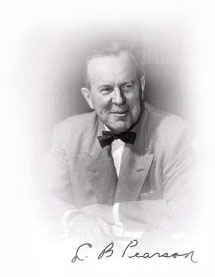 A career diplomat who had become a politician, "Mike" Pearson received the 1957 Nobel Peace Prize for helping to resolve the Suez Crisis. The United Nations Emergency Force he had proposed became the first of many worldwide peacekeeping assignments in which Canadian troops would serve. Soon after, Pearson became leader of the Liberal Party.

Born near Toronto, Pearson served in the First World War and taught history at the University of Toronto before launching the diplomatic career that led him into politics. Soon after he assumed the leadership of the Liberals in 1958, the party suffered one of its greatest electoral defeats. Pearson stayed on as opposition leader and led his party back to power in 1963.

Pearson never had a secure majority in Parliament, but he implemented important social programs, including the Canada and Quebec Pension Plans and universal health insurance. Pearson also introduced the maple leaf flag and new initiatives in French-English relations. Before retiring in 1968, he oversaw Canada's 1967 centennial celebrations.

Lester Pearson died in Ottawa in 1972 and was buried near Wakefield, Quebec, in the Gatineau hills.