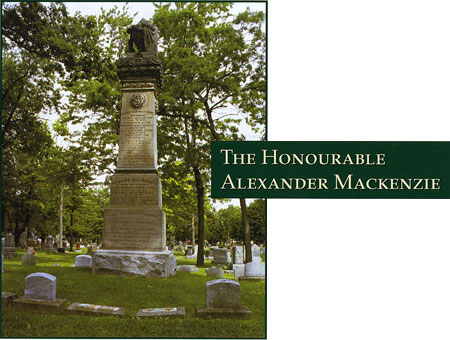 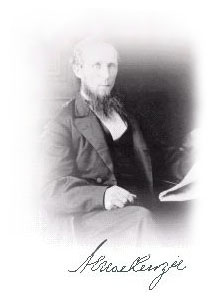 An immigrant from Scotland who left school at thirteen, Alexander Mackenzie prospered as a stonemason and contractor in Sarnia, Ontario. A lifelong reformer, he believed thrift, hard work, and plain speaking were the keys to success, in politics and in life.

When the Pacific Scandal brought down John A. Macdonald's Con- servative government in 1873, Mackenzie formed Canada's first Liberal cabinet. His party won the general election that followed and he held the office of prime minister until 1878.

A tireless worker, Mackenzie strove to reform and simplify the machinery of government. He introduced the secret ballot, created the Supreme Court of Canada, and struggled with the challenges of the national railway. In the 1878 election, his party lost to Macdonald's resurgent Conservatives and their National Policy of tariff protection. Mackenzie soon resigned as leader of the opposition. True to his humble, hard-working ways, he declined all offers of a knighthood.

Alexander Mackenzie held his seat in the House of Commons until his death. He died in Toronto in 1892 and was buried in Sarnia.