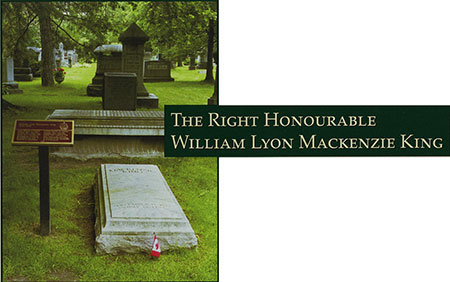 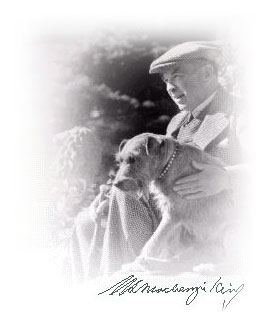 King was born in Kitchener (then called Berlin), Ontario, and studied at Toronto, Chicago, and Harvard universities. He was chosen Liberal Party leader at Canada's first ever party leadership convention in 1919 and took power in the election of 1921. The gen- eral election of 1925 gave no party a clear majority, and King's Liberals were briefly replaced by Arthur Mei- ghen's Conservatives in 1926. Three months later, the Conservatives were defeated in the Commons, and King swept back to power in the general election that followed. Defeated by R.B. Bennett in the general election of 1930, King returned to office in 1935 and remained prime minister until his retirement in 1948.

Though he cherished the memory of his rebel grandfather, King was a cautious politician who tailored his policies to prevailing opinions. "Parliament will decide," he liked to say when pressed to act. King guided Canada through the Second World War, and he introduced social programs such as unemployment insurance and family allowances. King's government also passed the Canadian Citizenship Act, and in January 1947 William Lyon Mackenzie King received the first-ever certificate of Canadian citizenship.

William Lyon Mackenzie King, who had never married, died in 1950 at his beloved home, Kingsmere, near Ottawa. He was buried at Mount Pleasant Cemetery in Toronto.