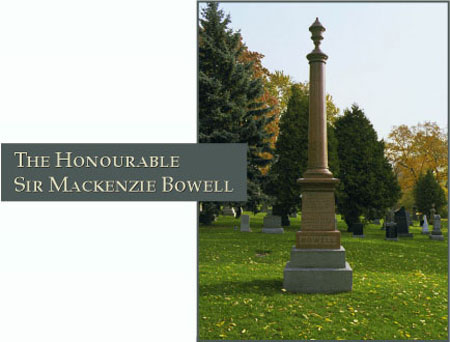 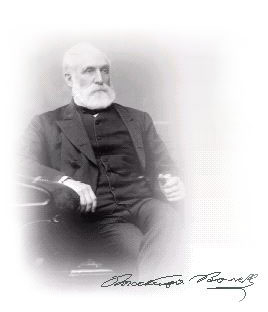 Mackenzie Bowell's family emigrated from England to Belleville, Ontario, where he apprenticed on the local newspaper. He became a successful printer and pub- lisher and a prominent figure in the Orange Order, which made him Canadian grand- master in 1870. Elected to the House of Commons in 1867, Bowell joined the Conservative cabinet in 1878.

A competent, hardworking administrator, Bowell remained in cabinet when he became a senator in 1892. His visit to Australia in 1893 led to the first conference of British colonies and territories, held in Ottawa in 1894. As the government's most senior minister, Bowell became prime minister when Sir John Thompson died suddenly in December 1894. In office, Bowell struggled with dissent in his party. When seven cabinet ministers deserted him early in 1896, Bowell denounced them as "a nest of traitors." They soon returned but, with elections looming, Bowell agreed to retire.

Sir Mackenzie Bowell was ninety three and still a senator when he died in 1917 in Belleville, where he is buried.