An archaeological investigation was undertaken at Cartier-Brébeuf National Historic Site of Canada  in May 2007. Archaeologists were looking for traces of Jacques Cartier’s wintering party of 1535-1536. This significant site marks the beginnings of the French colonial presence in Canada and has a highly symbolic value. Before 2007, no tangible traces of this odyssey had been found within the site boundaries. 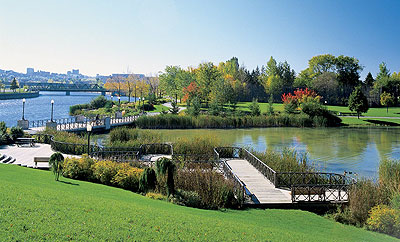 The investigation provided additional information about natural soils formation on site as well as later deposits ranging from the 18th century to the present day. However, as was the case in previous investigations, the 2007 research was not successful in finding evidence of Cartier’s party, nor of the later occupation by a Jesuits missionary establishment, 90 years later.