What has happened so far?

Work with First Nations to build consultation processes was on-going. In October there was a joint Federal-Provincial announcement of a proposed boundary for consultation.

Canada and British Columbia worked on a number of technical studies and analyses to develop a comprehensive understanding of the region and to reach a determination of the feasibility of the proposed NMCA Reserve. Staff continued to work with several First Nations to cooperatively build community consultation processes so that First Nations values and interests associated with marine resources can be openly discussed and incorporated into the feasibility study.

Nationally, Parks Canada has also been working on a draft national zoning framework to define the various zones that would be created within an NMCA to provide for a wide range of ecologically sustainable uses and for varying levels of protection.

Locally, several technical reports about governance, natural resources and socio-economics were completed and submitted to the project team. The Science Network expanded to a full contingent of approximately 50 scientists, who provided biophysical and socio-economic operating principles to guide the NMCA planning process.

Also, Parks Canada and the Province of British Columbia have been working collaboratively to develop a spatial analysis process to incorporate natural, social and economic values and information gathered during consultations. They are working on identifying areas of areas of high conservation value and areas of importance to resource use and visitor experience. 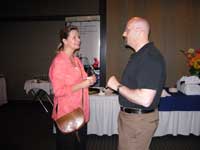 Parks Canada hosted sessions called ‘marine mixers’ for the southern Strait of Georgia National Marine Conservation Area (NMCA) Reserve Feasibility Study. The goal was to solicit input on the draft boundary, potential types of zones and other elements of the draft NMCA concept. 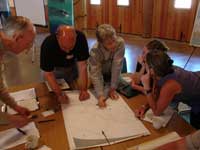 With the completion of many of the technical aspects of the feasibility study still ongoing, the study progressed on the strength of public consultation and numerous meetings with a wide variety of interests, to assess various study area boundary options and to build a collective vision of what people valued in the marine environment and how an NMCA might assist in protecting and enhancing these values into the future. Of note in 2006, the NMCA Science Network had its inaugural meeting in October; this group consists of respected natural and social scientists providing support to the southern Strait of Georgia NMCA Feasibility Study and the Gwaii Haanas Interim Management Plan project teams.

Twelve workshops and open houses were held in May and June 2006. The main goal was to solicit people’s values and vision for marine conservation, to enable the creation of a draft vision statement and guiding principles that will be brought back to the public. In addition, participants were provided with an update of the feasibility study, including research underway. The primary focus of these consultation sessions was the workshops, with the evening open houses providing an alternative format for people unable to attend daytime consultations. The workshops brought together diverse audiences, with members of several sectors and recreational interests and non-profit groups attending, in addition to residents of the area not affiliated with any groups. 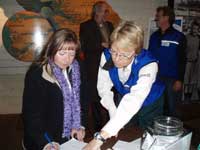 Technical studies were begun, including the gathering of ecological, cultural and socio-economic information and development of a comprehensive map atlas. 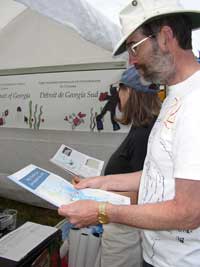 Five information sessions were conducted in November and December in various locations on southern Vancouver Island and the Lower Mainland. The sessions were structured to reach those people with business and recreational interests in the Southern Strait of Georgia study area, many of whom are based on Southern Vancouver Island or the Lower Mainland and did not attend the open houses held in the spring of 2005. The mixers were structured so that participants could explore what the NMCA Project Team has heard so far – and contribute to our knowledge through discussions and the advancement of the study process. 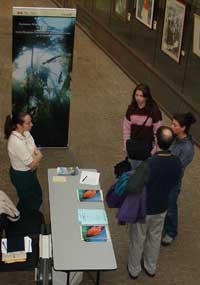 Parks Canada staff attended summer events and festivals to update local residents about the study process. Through this period, background research has continued, presentations have been made to groups, organizations and local governments and preparations began for winter consultations with sectoral groups.

The first phase of public open houses took place between February and April 2005. Thirteen open house events were completed throughout the study area.

Together, this project team is conducting the feasibility study and will submit a report to the Steering Committee. The team began gathering information on the study area.

Following the signing of the Canada / British Columbia Memorandum of Understanding, a feasibility study was launched to examine the possibility of establishing a national marine conservation area (reserve). The MOU sets out the framework for Parks Canada and the Province of British Columbia to work cooperatively to complete the study.

A Steering Committee with senior representatives from the Government of British Columbia and Parks Canada was created to guide the study. At the study's end, the Steering Committee will make recommendations to both governments. It will recommend on whether a national marine conservation area is feasible. If so, it will support the next step of negotiating a federal-provincial agreement.