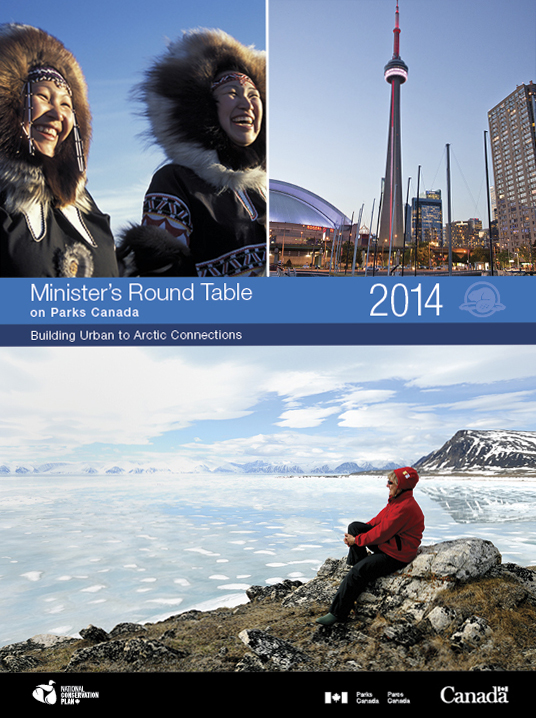 On June 2, 2014, The Honourable Leona Aglukkaq, Canada’s Minister of the Environment and Minister responsible for Parks Canada, hosted the seventh Minister’s Round Table (MRT) on Parks Canada in Ottawa, Ontario. This MRT, which focused on Canada’s North, included twenty stakeholders whose perspectives represented a broad range of northern interests, such as tourism, education, arts and culture, conservation, and economic development, as well as representatives from Inuit and other Aboriginal organizations, other levels of government, and the not-for-profit, public, and private sectors. The MRT was structured as a one-day facilitated discussion designed to seek participants’ ideas and input on two topics related to the overarching theme of “Building Urban to Arctic Connections.”

Many ideas were put forward during the discussions. The input of participants was regrouped under three recommendations, which are detailed in the summary report, (hyperlink to document) along with Minister Aglukkaq’s responses to these recommendations.

The report is also available in Inuktitut (PDF, 400 Kb).